EXCELLENCE IN CARBIDE INSERT MANUFACTURING SINCE 1972 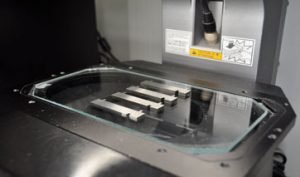 Knight Carbide, Inc., is a leading manufacturer of precision-ground carbide inserts, indexable inserts and carbide cutting tools. During the first decade after its founding in 1972, Knight steadily built a nationwide network of distributors to supply its threading, grooving and form-tool carbide inserts to a growing clientele. Today, Knight Carbide products are in use throughout the United States, Canada and Mexico.

Always on the lookout for new technologies, Knight came early to the CNC revolution, becoming, in 1985, the nation’s first carbide insert manufacturer to purchase a CNC periphery and top and bottom grinders. This expanded production capabilities to include precision ground milling, turning and boring inserts.

By harnessing new technologies, Knight is able to expand its product lineup and grow its client base. In 1991, we began producing stocked ball nose cutters and inserts. Eight years later, we added Spade Drill carbide inserts We currently have over 20,000 different carbide insert blueprints in our parts library. These are both industry standards and blueprint specials that we sell through distribution and to cutting tool manufacturers as private label products.

To that end, Knight functions as a one-stop supplier for high-precision tools used across multiple industries. Housed in a state-of-the-art CNC facility, our machine shop is built and operated to ISO 9001:2000 standards. We maintain an impressive inventory of standard cutting tool inserts and possess the capacity to produce blueprint specials to exact specifications, with quick turnaround and competitive pricing.

After more than 50 years of prioritizing investment in promising talent and emerging technologies, Knight Carbide has earned its place as a leader in precision tooling. We value our reputation for producing world-class carbide inserts for industries ranging from medical devices to automotive and aerospace. Knight’s commitment to excellence and customer satisfaction are continually validated by the loyalty and success of our valued clientele. 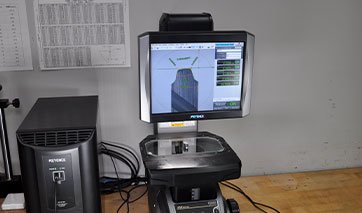 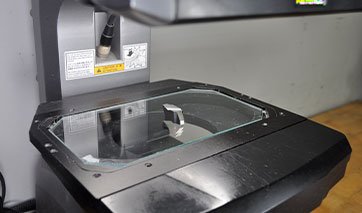 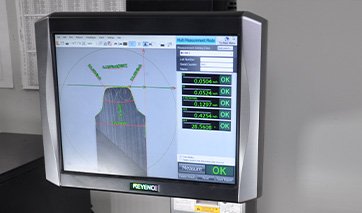 Strict quality control ensures that Knight Carbide conforms to ISO 9001:2000 standards, while our digital visual inspection system guarantees that no product leaves our shop without its dimensional accuracy being verified visually, digitally and with gauges.

We use cookies on our website to give you the most relevant experience by remembering your preferences and repeat visits. By clicking “Accept”, you consent to the use of ALL the cookies.
Do not sell my personal information.
Cookie SettingsAccept
Manage consent

This website uses cookies to improve your experience while you navigate through the website. Out of these, the cookies that are categorized as necessary are stored on your browser as they are essential for the working of basic functionalities of the website. We also use third-party cookies that help us analyze and understand how you use this website. These cookies will be stored in your browser only with your consent. You also have the option to opt-out of these cookies. But opting out of some of these cookies may affect your browsing experience.
Necessary Always Enabled
Necessary cookies are absolutely essential for the website to function properly. These cookies ensure basic functionalities and security features of the website, anonymously.
Functional
Functional cookies help to perform certain functionalities like sharing the content of the website on social media platforms, collect feedbacks, and other third-party features.
Performance
Performance cookies are used to understand and analyze the key performance indexes of the website which helps in delivering a better user experience for the visitors.
Analytics
Analytical cookies are used to understand how visitors interact with the website. These cookies help provide information on metrics the number of visitors, bounce rate, traffic source, etc.
Advertisement
Advertisement cookies are used to provide visitors with relevant ads and marketing campaigns. These cookies track visitors across websites and collect information to provide customized ads.
Others
Other uncategorized cookies are those that are being analyzed and have not been classified into a category as yet.
SAVE & ACCEPT